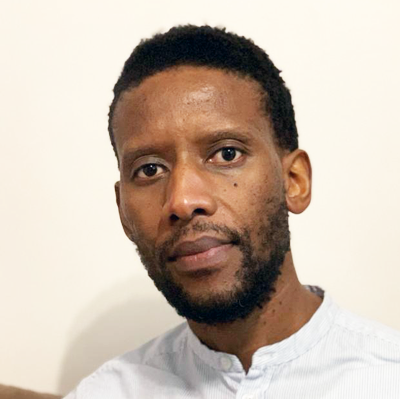 
A co-founding member of APHA, Ntando has spent the past 15 years working closely with affected communities to take ownership of the fight against HIV and AIDS and its social effects.

As the Community Engagement Lead at the Desmond Tutu HIV Foundation (DTHF) and University of Cape Town Clinical Trials Unit (UCTCTU), he works closely with various national and international research networks to develop and implement education programs and ensure community involvement in HIV prevention and related trials in some of South Africa's most marginalized communities.

In 2013 he became an AVAC fellow with a focus in HIV Prevention Research to explore opportunities of developing strategies for broad stakeholder engagement in clinical trials across South Africa. His fellowship looked at operationalizing the Good Participatory Practice (GPP) Guidelines through the formation of a national forum that brings together community stakeholders, advocacy groups and civil society.

Ntando has contributed and continues to contribute in the HIV field and its intersections through various leadership roles, including but not limited to being a Community Working Group (CWG) co-Chair with the HIV Prevention Trials Network (HPTN), Chairperson of the South African National AIDS Council (SANAC) Men’s Sector, community committee member in conferences like CROI, HIV R4P and ICASA. He has been instrumental in the establishment of the Vaccine Advocacy Resource Group (VARG) and Africa Free of New HIV Infections (AfNHi), a globally collaborative African-led HIV and Health advocacy initiative for research and development process.

He is a Community Engagement practitioner and is driven by a need to see communities play an active role in driving the processes as opposed to being mere recipients, beneficiaries or subjects.